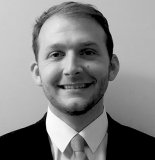 Randal joined Leisure Real Estate Advisors, LLC, as a Hospitality Investment Advisor in 2016. He possesses over 12 years of successful operations experience in the lodging industry which began with management of an 80 unit economy scale property in 2003. This type of hands on experience is not common in the brokerage business and provides Randal with in-depth knowledge of the operational aspects of a hotel. During that time, Randal also attended Lincoln University where he earned degrees in Political Science and Economics.

Upon completion of his studies he worked as an aide for four members of the Missouri House of Representatives in the Missouri State Capitol. During that same time Mr. Dent managed a political campaign where he was responsible for both campaign strategy and fundraising. Following his time at the Capitol, he worked for the Missouri Department of Revenue in the Process and Innovation Department where he was tasked with identifying unnecessary and inefficient processes and improving or eliminating them. Both of these assignments required a high level of creativity, planning, oversight, and execution, all of which translate well in the marketing and sale of hotel properties.

During his time with the Missouri state government he maintained his hotel interests. As part of a hotel ownership group which purchased its first asset in 2006; Randal was responsible for due diligence and the financial viability of assets for possible acquisition. As a result of these duties, he has evaluated well over 100 properties, especially in the areas of financial performance, expense analysis, STR data, market analysis and possible reposition of the assets. In 2010 he took on day to day management of the properties. Between 2011 and 2013 he oversaw the successful turnaround of three hotel assets that were distressed at the time of purchase. After considerable reposition efforts, one of those assets was named by Trip Advisor in 2012 as the 24th Best Value Hotel in the United States, a significant achievement. As recently as late 2014, he managed a purchase and brand conversion of another distressed property creating more than a million dollars in sweat equity. Mr. Dent is management certified for both Choice and Wyndham Hotel Groups and maintains his remote management responsibilities for properties.

A resident of Mid-Missouri, Randal will be responsible for new business development in Missouri and surrounding states.